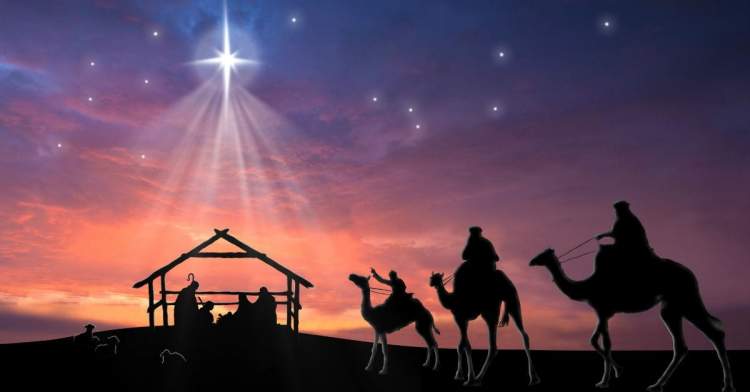 Christmas – A Time of Contrast, Confusion and Conundrum

Over the decades, we have taken the Biblical account of the birth of our Lord Jesus Christ in Luke 1 and 2, and reframed and rewritten it into an idyllic, modernized version that suits our contemporary, commercialized state of mind. But its variations from the truths of the Bible are far from reality. In our 2020 minds, we have the Lord Jesus being born in a beautiful stable, filled with fresh, clean, sweet-smelling hay, and laid in a wooden manger with spotless, wide-eyed animals looking on with bowed heads, in adoration and awe. In the background, angels are singing beautiful Christmas carols in perfect harmony. BUT, reality looked nothing like the actual Biblical version. Given it was probably a working stable, it would have been dirty, grungy, smelling of unwashed animals and foul-smelling excrement. At that time of year, the hay would have probably been dry and dusty, the manger would have been chiseled from a rock and the angels were out with the shepherds – remember!!

Into this 2020 version, we blend a jolly fat man in a red suit with flying reindeer, delivering gifts to everyone around the world in an incredible 24 hours. And we perpetuate the myth by telling ourselves it is a time of wonder and joy. And we miss the point of the account entirely! Yes, there was wonder and there was joy. But it was because the baby in Bethlehem’s manger was none other than the Son of God – the Second Person of the Godhead. If in Luke we have the historic account of the Lord’s birth; in Philippians, we have the heavenly account of the Lord’s incarnation (Philippians 2:5-8.) Let this mind be in you, which was also in Christ Jesus: Who, being in the form of God, thought it not robbery to be equal with God: But made himself of no reputation, and took upon him the form of a servant, and was made in the likeness of men: And being found in fashion as a man, he humbled himself and became obedient unto death, even the death of the cross. KJV

Here we are given an insight into the cost of our salvation, because the Son of God set aside the tangible insignia of his Deity, veiled His Godhead for a time, and was born into humanity through His virgin birth. Lest we attribute the elements of humanity to the Son of God, let me quote a very important verse –
Luke 1:35 And the angel answered and said unto her (Mary), The Holy Ghost shall come upon thee, and the power of the Highest shall overshadow thee: therefore also that holy thing shall be born of thee shall be called the Son of God. KJV

So what is the conundrum that alluded to in the heading? That the Son of God would temporarily set aside some of His divine rights:

And took on the “form” (appearance or likeness) of a bond-slave. And prior to going to Calvary, we see the full expression of that step when we see the Son of God, “He riseth from supper, and laid aside his garments; and took a towel, and girded himself. After that he poureth water into a bason, and began to wash the disciples’ feet, and to wipe them with the towel wherewith he was girded.” – John 13:4-5 KJV. Yes, there is wonder when we think of the Son of God who left the splendors of heaven to come to earth to be made a substitute for me and pay the penalty for my sins when He was crucified on the Cross of Calvary. And there was wonder and joy when He was resurrected three days later and returned to His rightful place – in Heaven with His Father.

Let us all remember the real reason for this incredible season – that the sinless Son of God came from Heaven to live and die among men. He was born in Bethlehem of humble parents and lives in splendor and glory in heaven today and someday soon He will rise off His throne and come and call His people home – from this troubled, sinful world.

Stay up to date! Sign up below for occasional newsletters keeping you current on LCA's…

You have probably seen it on TV, at a basketball game where thousands are gathered,…